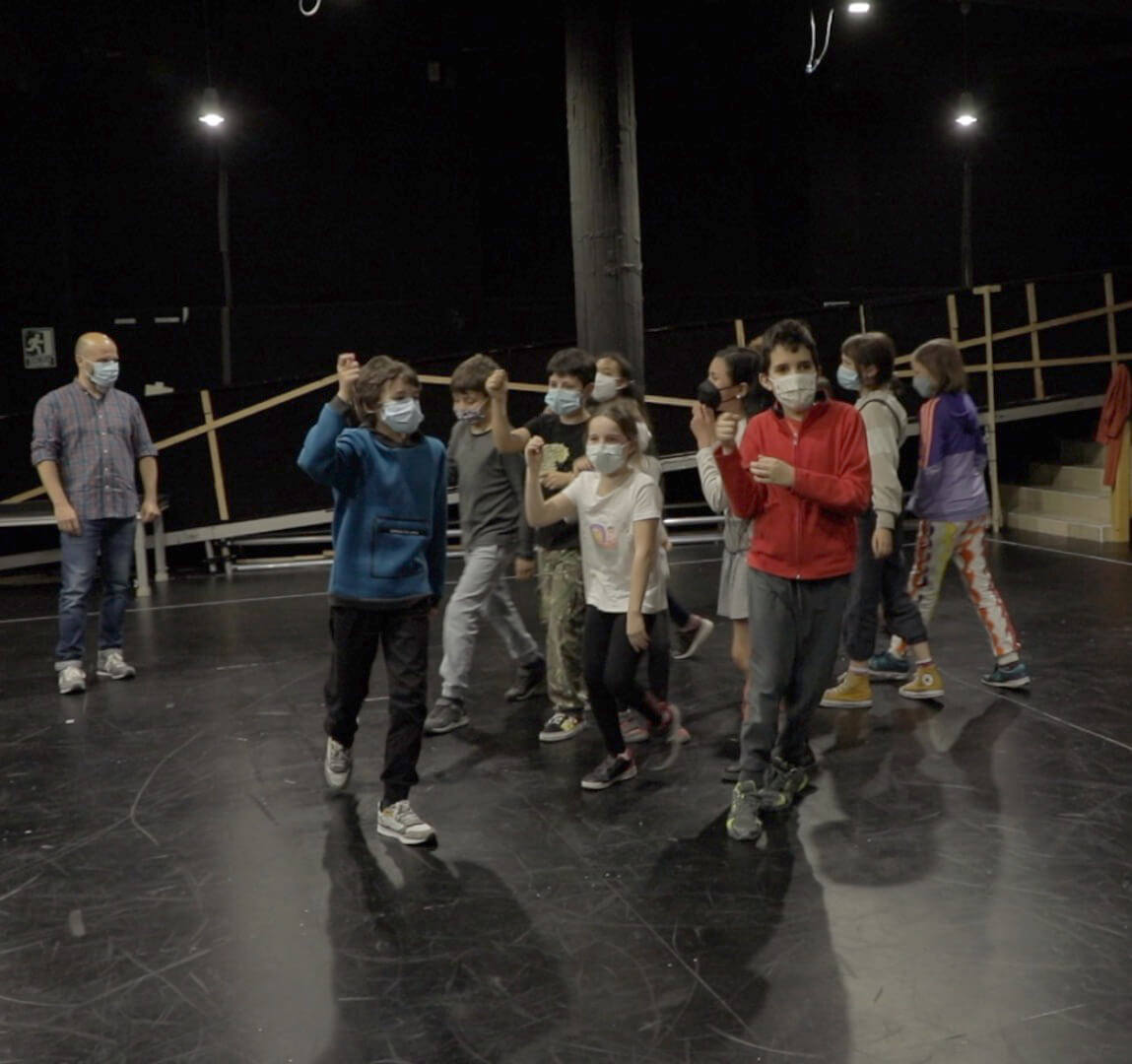 This project places children aged 8 – 10 at the centre of the creation. Five schools took part, along with the children of our theatre staff, creating a group of Nuevos Dramáticos (New Dramatists). This group will be trained and researched together with renowned performing arts professionals, ultimately creating a play to be taken to the stage. The artistic team behind the production will be made up of professionals and the children in the group, who will be able to work on the project in their chosen capacity (directing, acting, set design, lighting design, audiovisual, costume design, etc.).

The play Luna en Marte resulted from the first edition , written by Jordi Casanovas and directed by Dan Jemmett. It premiered in December 2021 at the Sala Francisco Nieva at Teatro Valle-Inclán.

This second edition of Nuevos Dramáticos sees the return of Lucía Miranda working on educational coordination. In addition, José Troncoso will be dramaturg and director of the show. The workshops and rehearsals with the children have begun, and it will premiere as part of the 2022-2023 Dramático season.

Here you can watch videos showing creative process in the first edition of Nuevos Dramáticos.