Like a tale from One Thousand and One Nights, we will introduce the Sahrawi people by tracing their history and culture back to ancient times. We will go back to the time when they lived as nomads, children of the clouds, enduring the extreme temperatures and harsh conditions of a desert they called home; nomadic inhabitants of a territory whose borders existed more in their hearts and intuition than on any known map.

We then travel back to the colonial era, from 1885, when Africa was partitioned in Berlin with a ruling pen, until 1975, when that part of the nightmare could have come to an end but instead continued with a war and an entire population shackled to a yet another foreign invasion. And as if it were historical fiction, nonsense that did not really happen, a lie (because how could it be true?), our bard will narrate the absurdities from the Green March amidst the nightmarish agony of a dictator to the untold betrayals of modern-day kings and politicians.

A journey to rescue from exclusion and obscurity a people caught between being cast away in the middle of the desert and becoming masters of their own land. A journey through music, oral tradition, dance and poetry that will reveal the deep identity of a people with whom we unknowingly share a common history. 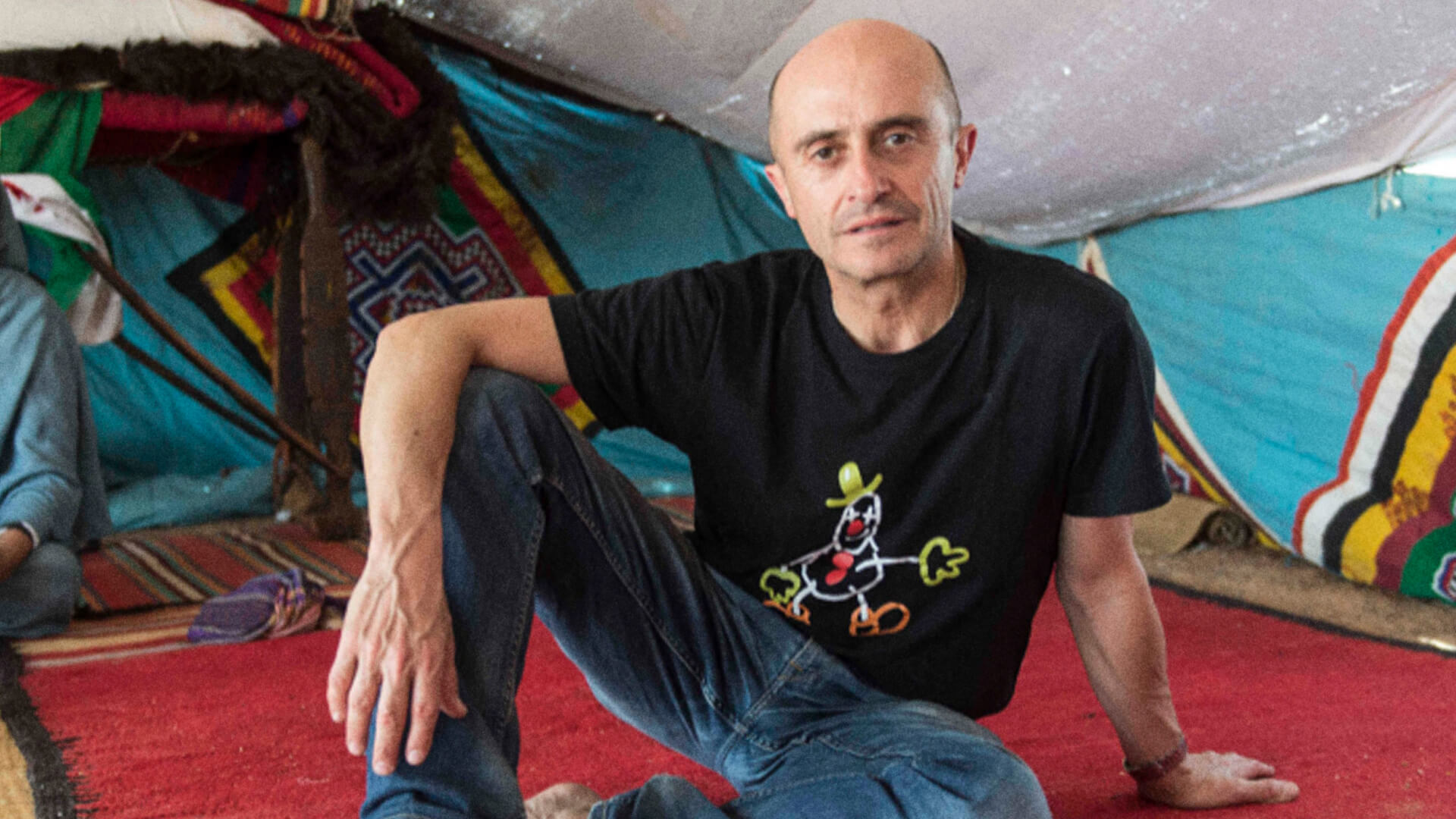 He has been working as a clown for over 30 years. He is a member of the NGO Clowns without Borders and has travelled to numerous places of conflict (Kosovo, Palestine, Iraq and Sahrawi camps). He has also worked in film and television and has written six collections of poems, one of which won the Margarita Hierro International Poetry Prize. He also won an Ondas Award and a Max Award for his work as an actor and comedian.