María is a sex worker, but her girlfriend still doesn’t know. You will know as soon as you open the first page of this play, inhabiting the margins of desire and confronting the prejudices (diverse and functional) generated by our splendid, completely neoliberal and patriarchal – and above all, 100% ableist – society. 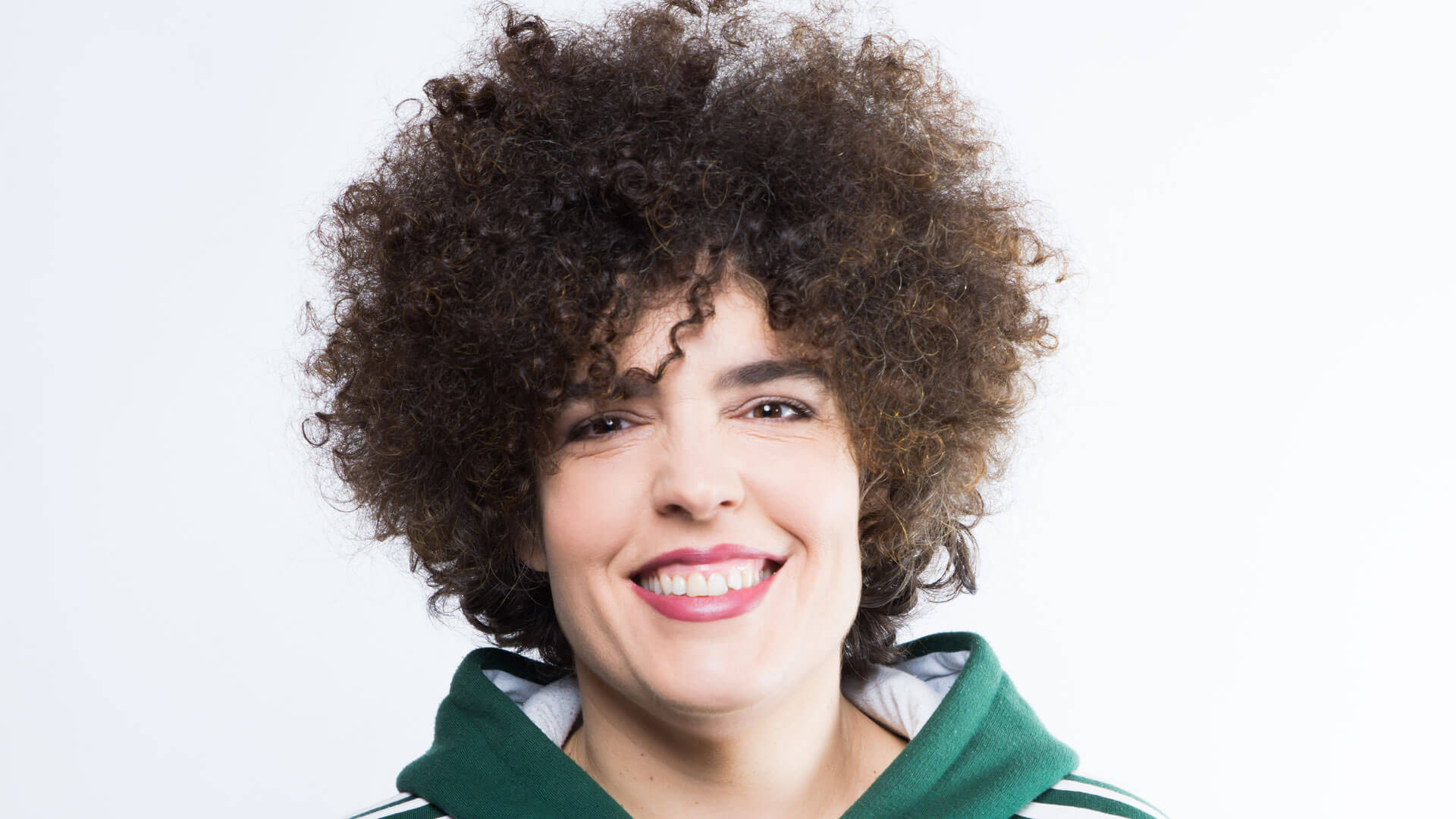 Actor, director, performer, but above all: a writer. Rianxeira born and bred, her career spans the fields of literature, audiovisual arts and theatre. Her style straddles the liminal space between these genres. Awarded the Pedrón de Ouro for her story Subir o telón (Edicións do Castro, 2008), with Collage (Barbadesa, 2011) she reaffirms her personal and poetic writing. From then on, her professional career has turned to the theatre. She holds a degree in Directing and Dramaturgy from ESAD in Galicia, and a degree in Journalism from Santiago de Compostela and Turin universities. Her theatre projects draw heavily on her background in journalism. This is what led to Voaxa e Carmín (Diffusora de Artes, Letras e Ideas, 2016, translated into Spanish as Las dos en Punto, Invasoras, 2021), a work awarded the Abrente de Textos Teatrais in 2015, which was a springboard for the professional online platform ButacaZero, set up with Xavier Castiñeira, who took on the role of director for the premier at MIT Ribadavia, and who typically directs their joint projects.

With ButacaZero, she has premiered  na butaca [fantasía nº3 en Dor Maior], Camiños (co-producer with the CDG), and 32m2, a recent reflection by Carrodeguas/Castiñeira on the Covid-19 lockdown.

In 2019, for República Sideral, she received the Barriga Verde de Teatro para Marionetas award, and in 2019/2020 had the 1st Dramatic Residence at the Centro Dramático Nacional, which was when this text was born.

As well as experience in the theatre, she has made small inroads into film as a screenwriter (Maria Soliña, Ignacio Vilar, 2019), and worked as a teacher (on courses/workshops and at Galicia’s ESAD) and as a theatrical journalist, especially for Erregueté (Galega de Teatro Magazine).