N.E.V.E.R.M.O.R.E. takes its title from the indecipherable cry of the crow in Poe’s poem (which in the Galician translation alludes to the Nunca Máis platform for citizens) as the basis for an exercise of collective memory related to the Prestige disaster, approached from different angles: through real accounts of the people who experienced it first hand and the reproduction of conversations and statements by those involved in the failed management of the environmental and political crisis in 2002. 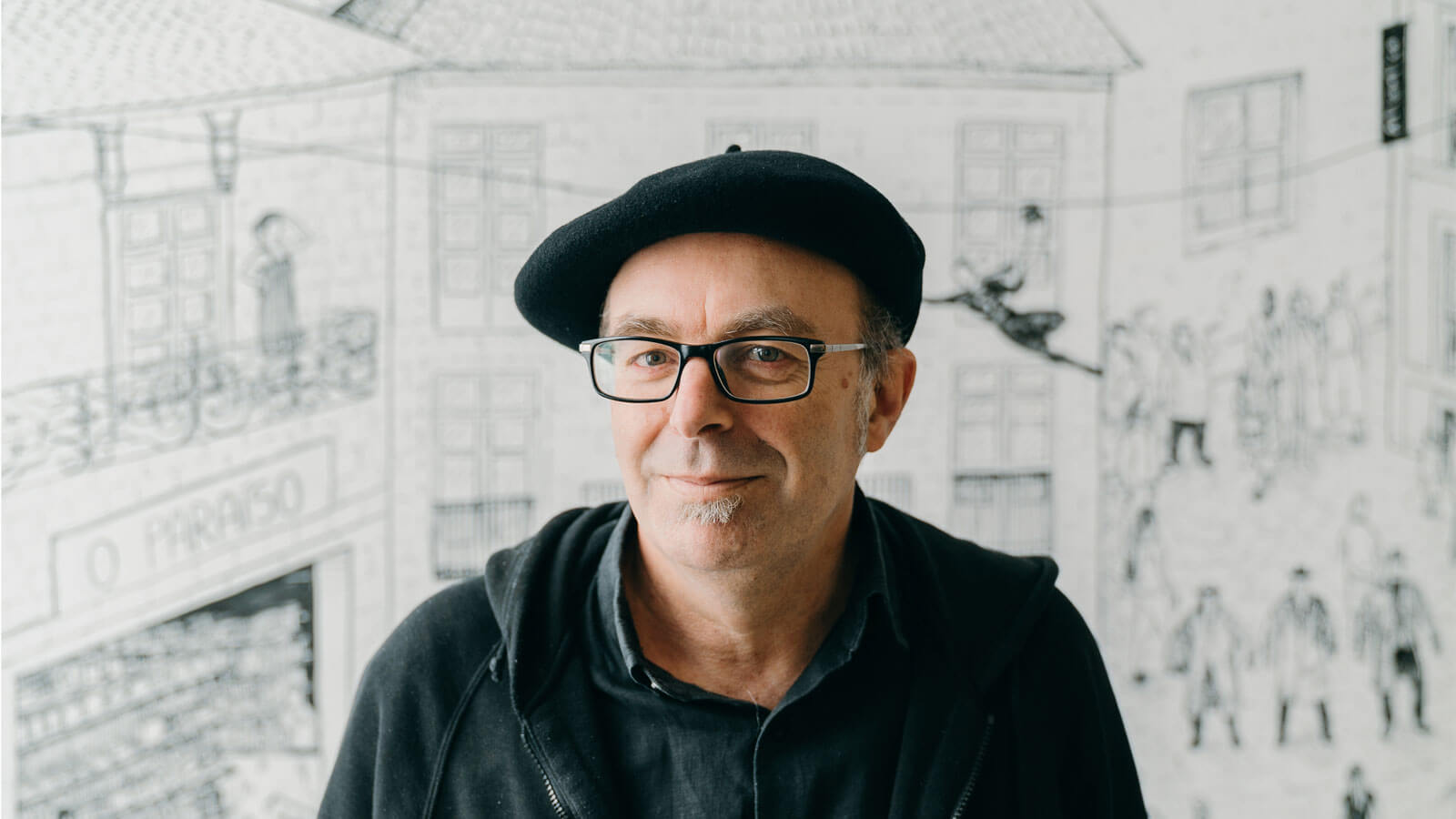 Since joining Grupo Chévere in 1988, he has been involved in all the company’s projects. He has worked in scriptwriting, theatrical production, acting, dramaturgy and artistic and stage direction.

His latest works are: Curva España (2019), Divinas Palabras Revolution (2018), Anatomía de una sirena (2018), Eroski Paraíso (2016) and Goldi Libre (2016). In 1992, he participated in the creation of the Nave de Servizos Artísticos-Sala NASA (Artistic Services Warehouse-Nasa Hall), heading up the management and artistic direction until 2011. He was a member of the board of directors of Red de Teatros Alternativos (Alternative Theatre Network) (1999-2003), Escena Galega (2015-2018) and Consello Asesor do Centro Dramático Galego (Advisory Board of the Galician Centre for Dramatic Arts) (2006-2009). He formed part of the Burla Negra Collective and the Nunca Máis Platform, participating in the creation and development of cultural agitation projects such as “O País de Nunca Máis”, “Foro Negro da Cultura” and “Hai que botalos”. In 2010, he was involved in the creation of the digital platform for cultural content Redenasa.tv. He also directed the Chévere theatre residency programme in Teo (2012-2019) and the A Berberecheira stage creation laboratory (2016-2020). 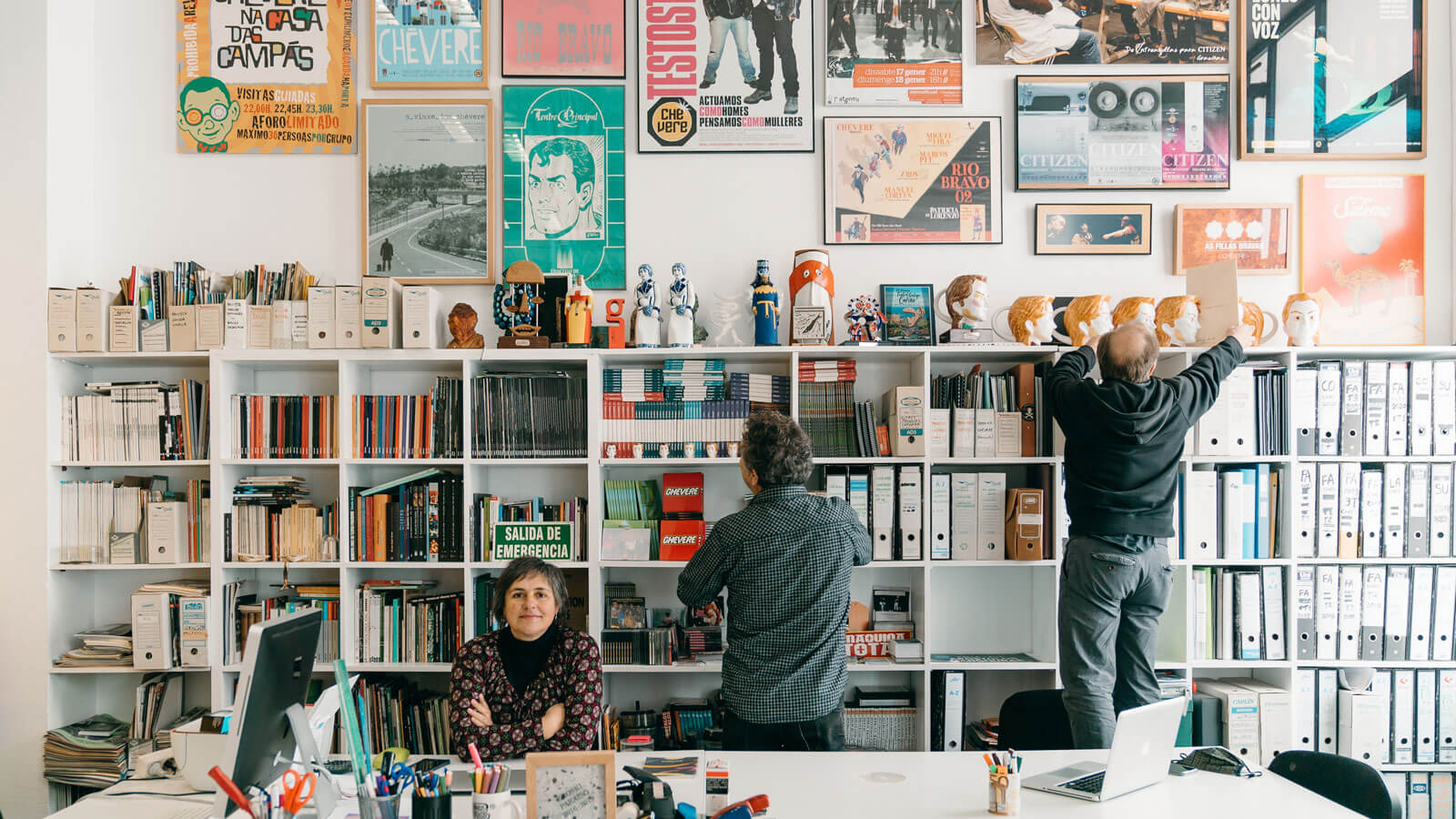 Chévere is a theatrical agitation company that has dedicated over 30 years to producing dramatic works through a natural, irreverent and genuine approach. In 2014, it received the National Theatre Award for its social and cultural commitment and consistent contribution to collective creation, transgression of genres and critical connection with reality.

Chévere has a core artistic group (Miguel de Lira, Xesús Ron and Patricia de Lorenzo) and collaborates with dozens of professionals from different geographic, generational and creative backgrounds. By using humour as a philosophy and laughter as an expression, its works bring current debates to the stage, documenting these issues through performance in a contemporary language accessible to a wide range of audiences. Examples of this approach include recent works such as Curva España (2019), Eroski Paraíso (2016), Testosterona (2009), La trilogía Citizen (2010-2011), Eurozone (2013), Ultranoite no País dos Ananos (2014) and As Fillas Bravas (2015 and 2020).

Chévere created the Nave de Servizos Artísticos-Sala NASA in 1992, a unique independent cultural space, and was in charge of artistic direction until it closed in late 2011, precipitated by the persecution of the local PP government. This space served as the group’s headquarters for 20 years, providing a platform for a significant part of the city’s cultural activity and countless stage projects, groups and writers who represent the most innovative creations of this period in Galicia and Spain.