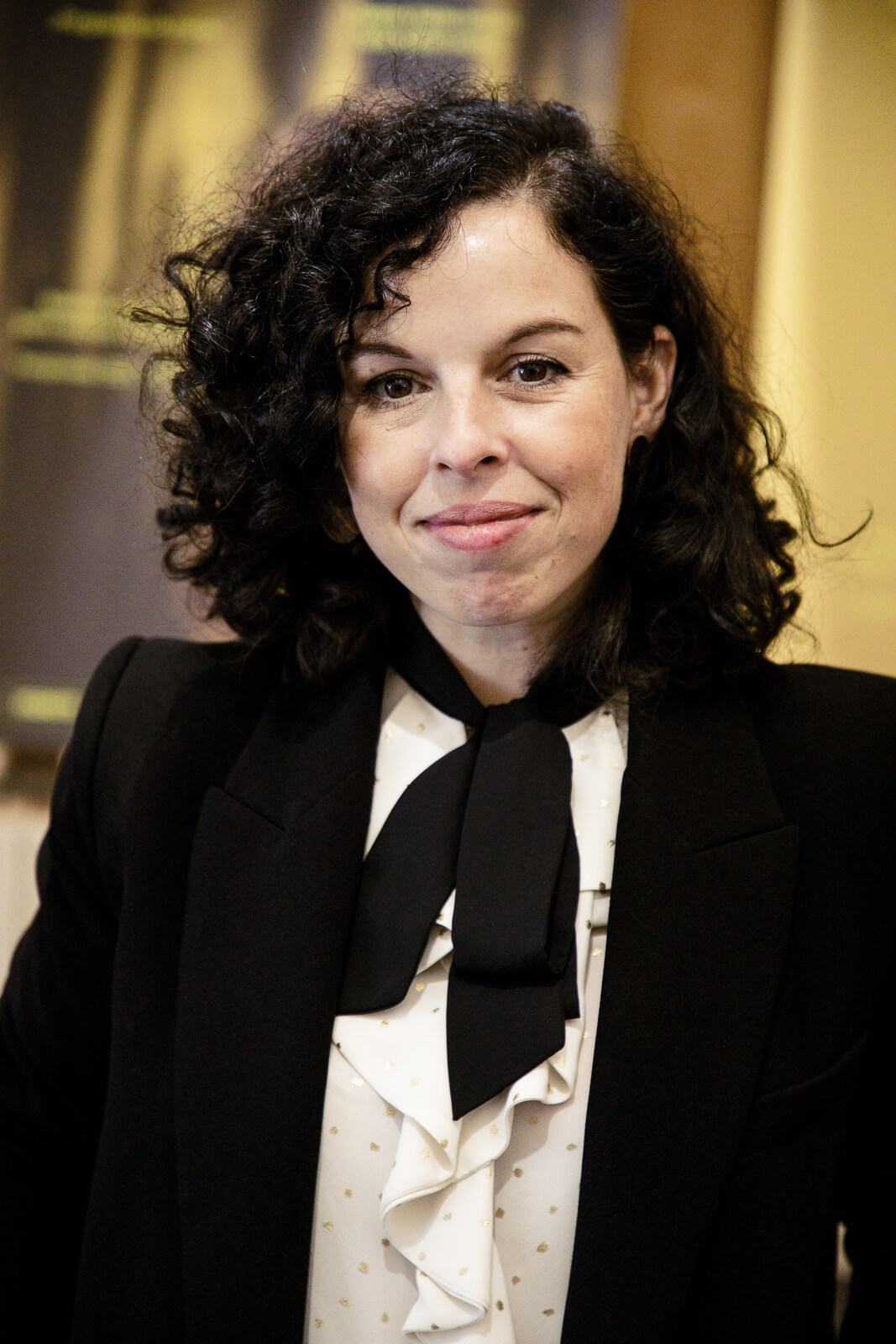 María Goiricelaya (Bilbao, 1983). Director, playwright, actress and theatre researcher. She holds a PhD in Research and Creation in Art from the University of the Basque Country (UPV) and completed her dissertation “El entrenamiento vocal del actor en los siglos XX y XXI” (Vocal training for actors in the 20th and 21st centuries) in 2016. She has a Degree in Audiovisual Communication, a Postgraduate Degree in Performing Arts from UPV, and Master’s Degrees in Musical Theatre (RCSSD), Performing Arts (Rey Juan Carlos I) and Cultural Management (UOC). She has trained at several institutions, including the Roy Hart Center (France), Teatr Piesn Kozla (Poland) and the Arthoc International Centre (Romania).

Her most recent works include Yerma (Sala BBK), Altsasu (Teatro Arriaga), and El Patio de mi casa, for which she was nominated as a finalist for Best New Playwright at the latest edition of the Max Awards. In 2017, together with actress Ane Pikaza, she launched the company La Dramática Errante. In addition to directing and writing, Goiricelaya is currently the artistic producer at Sala BBK.

Meet María Goiricelaya and the other resident playwrights