Written and directed by Victoria Szpunberg

A daughter has to take care of her father who, after suffering a stroke, goes through a process of physical and mental deterioration that turns him into a totally dependent being. The father, who had represented a great pillar (emotional and ideological) for the daughter, has become the paradigm of fragility, someone who has hallucinations and who cannot carry out basic needs independently.

The lack of their own financial resources and the precariousness experienced by public administrations cause the situation to enter a sort of spiral in a free fall. The maintenance of the father means that the daughter must sell everything, get rid of everything she has inherited, and enter into a certain unstoppable delirium.

Only the arrival of an angel, an ambulance driver and caretaker, can pull them out of the abyss.

A work that addresses the issue of ageing in our current society.

What is the point of keeping a body alive, the body of a person who has lost basic faculties? When do we consider a life to be no longer dignified? How to take on the decline of parents and how to make the feeling of love coexist with the emotional and financial burden that this experience entails? And what is the State’s response?

The Dependency Act help that never arrives, the lack of public spaces to take care of the elderly, the precarious conditions and neglect experienced by the care sector for dependent people, the abusive prices and the business of private care homes.

Note from the author and director

El peso de un cuerpo (The weight of a body) is part of a series of texts that I have been working on lately and that are inspired by the relationship I had with my sick father, the different stages of his illness, the transformation of the affective bond and, especially, what it meant to accept his dependency, his process of physical and mental deterioration.

In short, the question of ageing in our current society, as well as what it means to take care of someone. Often, the lack of their own resources and the precariousness experienced by public administrations mean that the situation enters into a kind of free-fall spiral.

Now that my father is gone, I want to stage this text as a kind of celebration, to share with the viewer an experience that becomes both intimate and social.

A multidisciplinary scene that will combine dramatic text, live music and projections, in which the crudest and most current realism dialogues with theatrical play, humour and imagination” 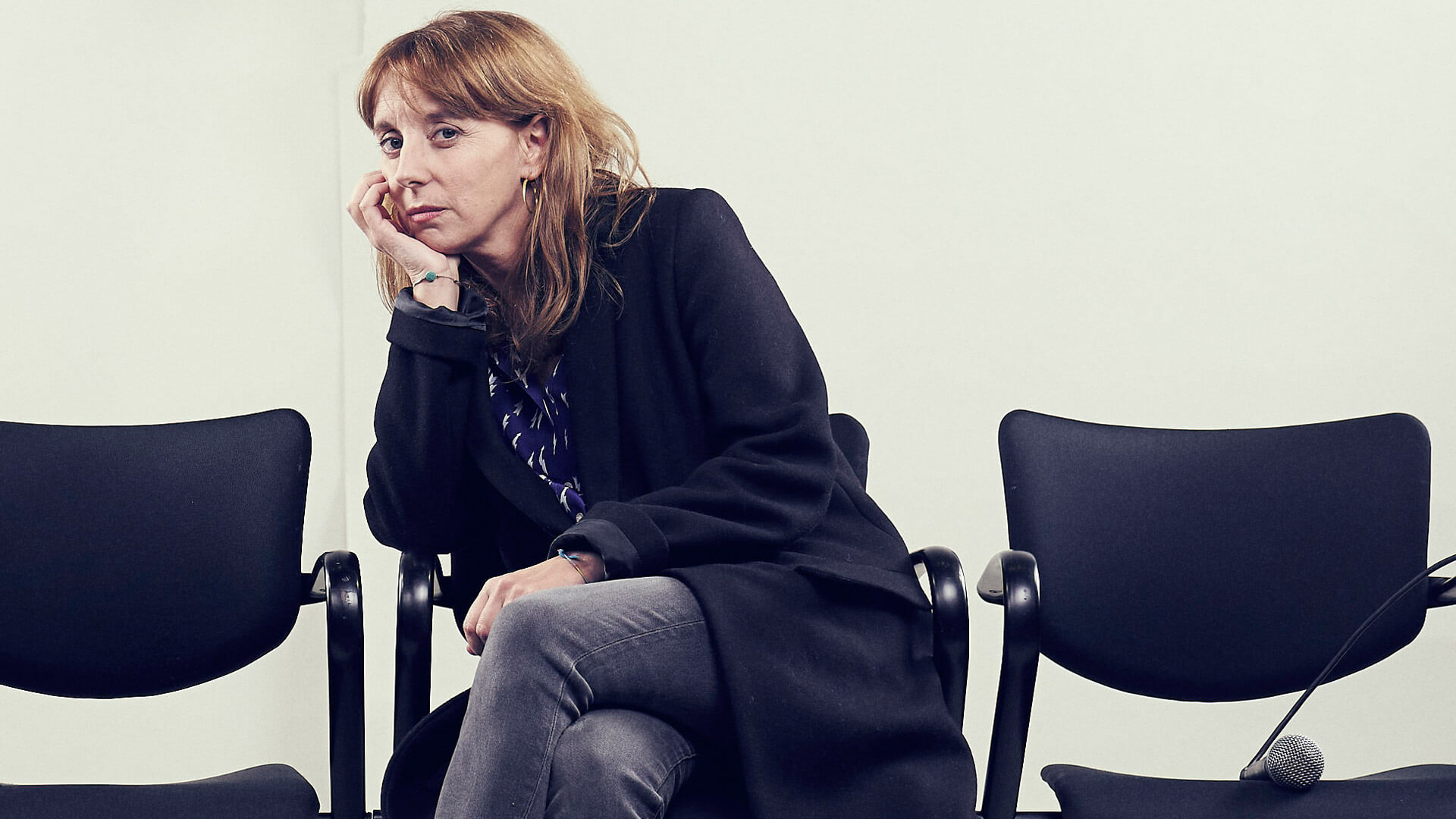 She holds a degree in Playwriting and Directing from the Institut del Teatre de Barcelona and a Master’s degree in Theatre Studies from the UAB. She is a playwright with a solid track record of premieres, publications and artistic works of different types, in addition to being a teacher and pedagogue at the Institut del Teatre, l’Obrador de la Beckett and other artistic research and training spaces.

She became known in 1998 with the work Entre aquí y allá (Lo que dura un paseo), which was runner-up in the Maria Teresa León Award, selected by the Royal Court in London (International Residency in 2000) and premiered at the RESAD in Madrid. in 2000 and at the Here Festival in New York in 2002. She has worked and premiered her own works in theatres such as the TNC, the Teatre Lliure, the Tantarantana and the Sala Beckett, as well as in theatres in Madrid and the rest of Spain. Her texts have also been translated into different languages and have been seen in the United States, Colombia, Italy, Prague, France, among others.

She is an author concerned with making theatre connected to the political and social issues of the contemporary world, with an open and transdisciplinary perspective (she has often worked as a playwright on dance projects) and is not pigeonholed into a single genre or register. With an original way of living and understanding uprooting (cultural, geographical…), her characters and the situations in which they find themselves often have to do with a certain existential or ideological confusion, with a deep sense of dislocation and breaking stereotypes and common places. This leads her to use genre strategies with finesse (unusual dystopias, pseudo-science fiction, absurd realism…) with a sense of humour and an undeniable will to relate to reality from a critical and poetic attitude at the same time.