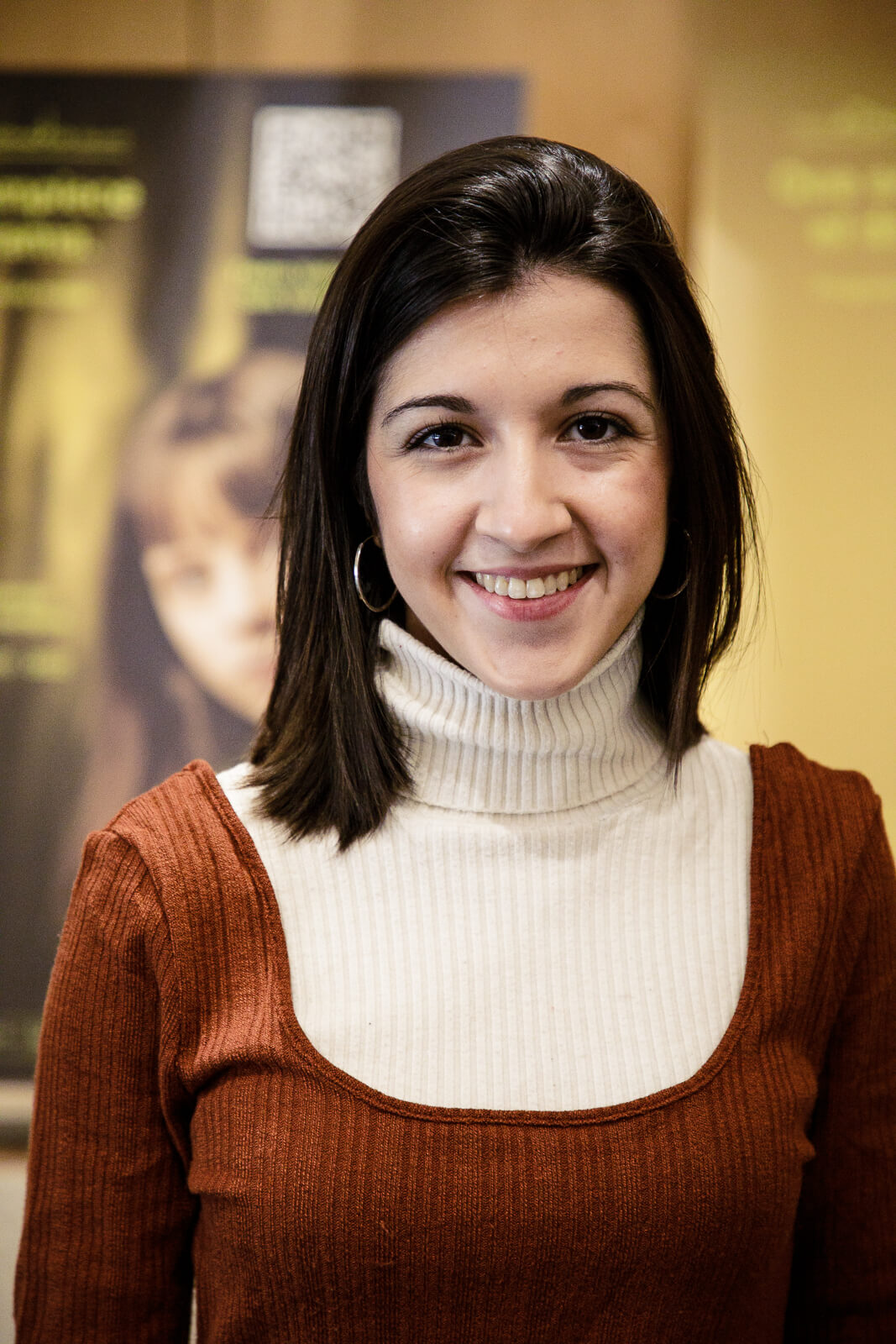 Aurora Parrilla Camacho (Alcalá de Henares, 1998). She holds a Degree in Playwriting from RESAD (2021). In 2015, she performed Etiopía by Yolanda Dorado in the Salón del Libro Teatral at Naves del Matadero in Madrid. She has attended acting workshops by David Ojeda (Michael Chekhov method). In 2016, she started a degree in General and Comparative Literature (Complutense University of Madrid) and completed a language immersion course at Moscow State University. In the same year, she attended the 3rd Playwriting Workshop organised by La Joven Compañía. She has written several plays including Simientes, published in Teatro: Piezas Breves Curso 2019-2020 (Ed. Fundamentos, 2020). Her other works are available on the Contexto Teatral website. She has also trained independently with playwrights such as Suzanne Lebeau and José Sanchis Sinisterra. She was recently the assistant director in Ahora que nos dejan hablar and has worked alongside David Boceta as assistant director in various productions at RESAD.

Meet Aurora Parrilla and the other resident playwrights