It is said that there was once a man in the field, crouching to defecate. As he did so, a lizard walked under him and his tail disappeared up his ass. So he quickly stood up, turned around and looked back, but of course… he couldn’t see the lizard, and thought the lizard had disappeared inside him. He went home and told his daughters that he had a lizard up his ass and began to worry and say: Now it’s up here! It’s gone down! Now it’s run up again! He was by then so convinced that his daughters called the doctor. And when the doctor saw how bad it was, he gave him a pill to get him to sleep a little. When he woke up, he told him that he had taken the lizard out of his ass. The man felt better, and never gave the lizard another thought again. This is what Obra Infinita is about, telling and singing, caring for and healing with words. Stories that offer explanations about the world to us and get the lizard out of us.

Obra infinita is a stolen title, but we changed it a little so that it wasn’t so obvious.

The nature of infinite text lies in folk tales being humanity’s attempt to equip itself with a versatile and unlimited narrative model, connected to the most radical concerns of humans and society. For the philologist and folklorist Antonio Rodríguez Almodóvar, there is no more ambitious and complete attempt, and it is very possible – he says – that nothing similar will happen again. The folk tale is the most perfect model humanity has invented in an attempt to find an infinite text that tells and explains everything, in any time or circumstance. A laborious process of storytelling and recounting, which questions this process itself, corrects itself and puts forward new ways to break it down, creating new systems and processes.

This work is called Obra infinita (or infinite work) because it is a work of memories and oral storytelling, of popular stories and songs that travel through time and can imagine the future. But this is not a work about nostalgia, the traditional way of life, about the tales of yesteryear or villages where we have never lived or paradises that never existed. Rather, it is a work of possibilities, of dissident stories, of special moments in which listening creates communities.  Because we have known for a long time that stories tell us things, and that’s what this proposal is about: of life together. 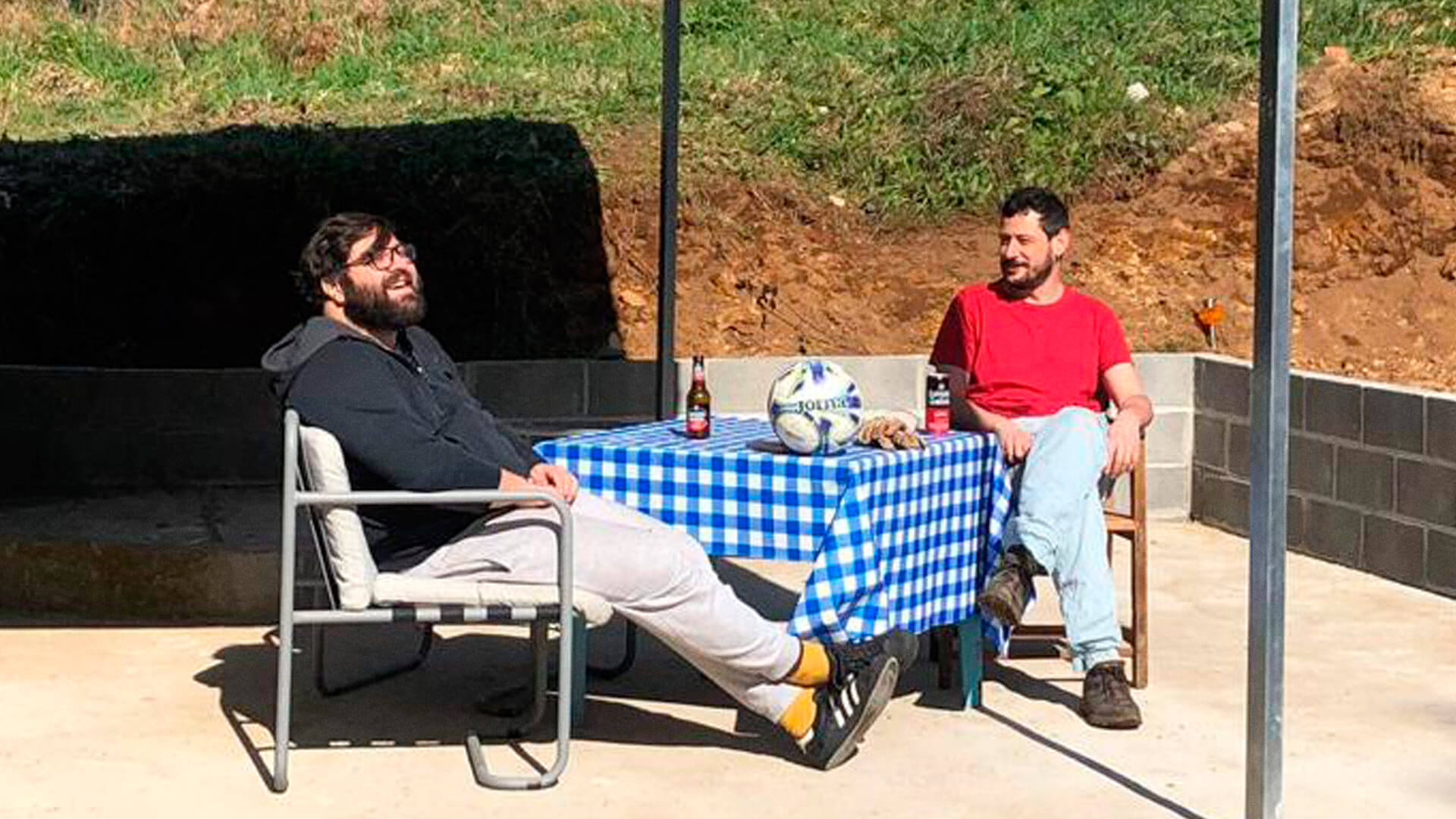 Los Bárbaros is a project by Javier Hernando and Miguel Rojo questioning, from various perspectives, concepts around contemporary society, power and the way in which we relate to each other, working between reality and fiction. They have created a corpus of works tackling the same issue through the stage, visual arts and literature. They like humour, imagination, memory and invisible things. Their work has been shown in spaces such as La Casa Encendida, Azkuna Zentroa, CIAV-Naves Matadero, Teatros del Canal, Teatro de La Abadía and CCC-Conde Duque. They attempt to create spaces where we can meet, reflect on, and question the contemporary world.